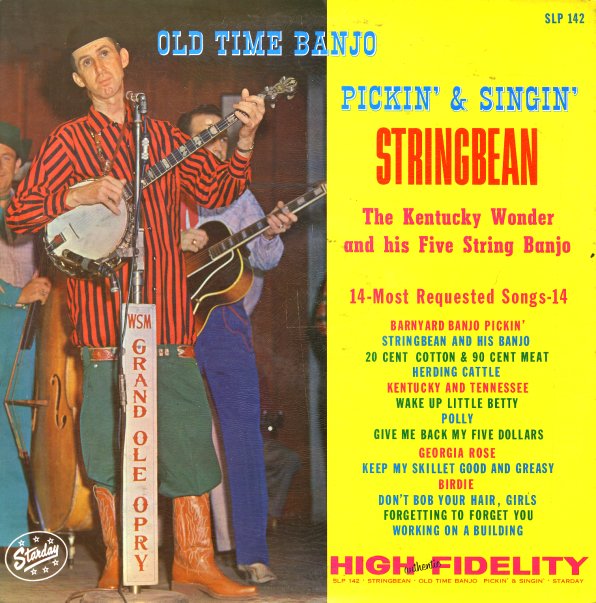 Stringbean may look a bit silly on the cover, but he's a dead serious banjo player – one of the greats of his generation, and an artist who's sometimes overlooked on his instrument, because of a penchant for humor in his live performances! And although some of the songs here have a bit of wit at the start, once things get going, Stringbean's in that great mix of old time styles that the Starday Records label was hitting hard in the 60s – one of the few strong outlets for more country-flavored work on banjo, at a time when so many of the folk revival kids wanted things steered a bit more their way! Needless to say, you probably never would have caught Stringbean headlining a club in the Village – but that difference is what makes a record like this so great to discover – as you'll hear on titles that include "Birdie", "Don't Bob Your Hair Girls", "Herdin Cattle", "Keep My Skillet Good & Greasy", "Give Me Back My Five Dollars", and "Wake Up Little Betty".  © 1996-2022, Dusty Groove, Inc.