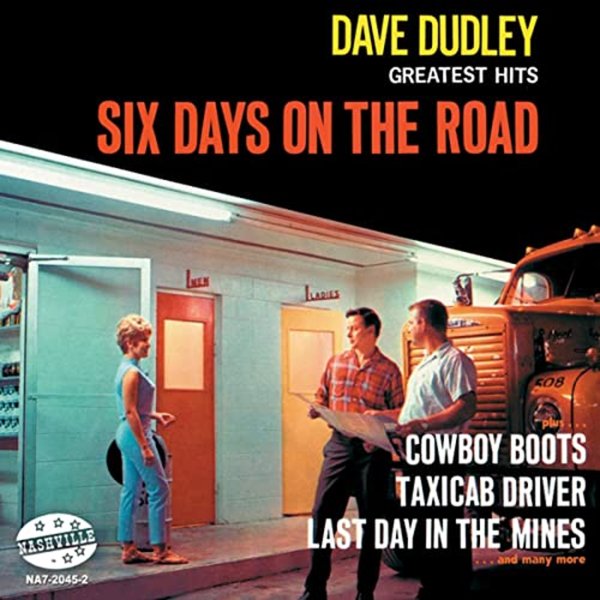 Six Days On The Road

About as close as you'll get to a debut album from the great Dave Dudley – as the set takes his classic title track, mixes it with a few other indie singles – and adds in a few other truck-themed tunes from the Starday catalog for good measure! Dudley's got one of our favorite voices ever in country music – and his landmark "Six Days On The Road" set a whole new standard for road-based tunes – a winning track about a pill-popping, cop-dodging trucker heading home at the end of a long run! Dave sings some other great ones here – including "Last Day In The Mines", "Where Do I Go From Here", "It's Gotta Be That Way", "Cry Baby", and "Taxi Cab Driver" – and the set also features the instrumentals "Lee Highway Swing" by Chubby Wise, and "Hot Rod Guitar" and "Big Rig Guitar" by Joe Maphis.  © 1996-2022, Dusty Groove, Inc.