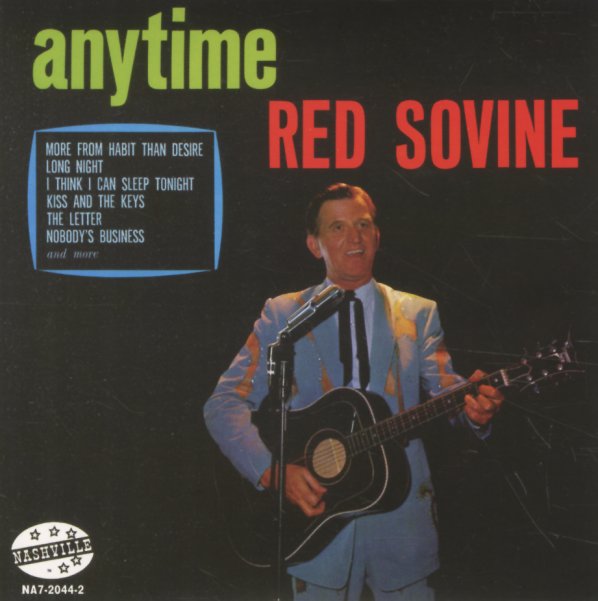 Great work from the mighty Red Sovine – an artist who's maybe best known for his recitation-heavy records of the 70s, but who could also be a hell of a country singer on early material like this! Make no mistake, there's still plenty of the tearjerking material that Red would lean on more heavily in later years – but the approach here is tempered with a bit more of that lean 60s production that Starday Records did so well – the kind of no-nonsense style that made them such a great change from some of the major label country on the charts. Titles include "A Kiss & The Keys", "Don't Let My Glass Run Dry", "Too Much", "Nobody's Business", "Anytime", "Letter Edged In Black", "More From Habit Than Desire", and "Long Night".  © 1996-2022, Dusty Groove, Inc.