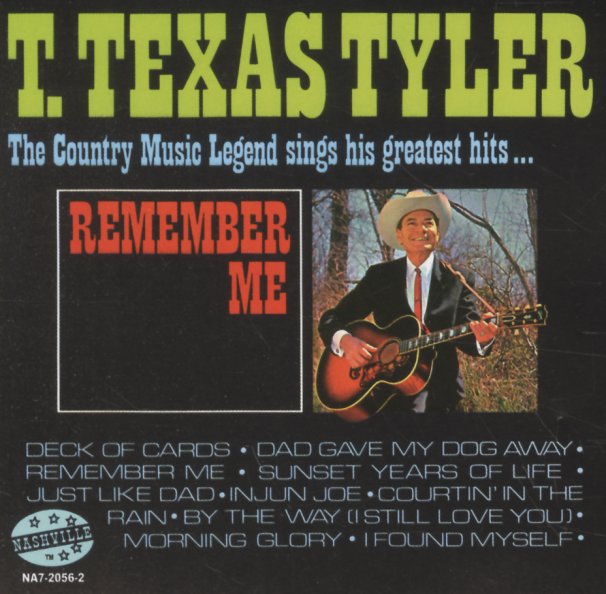 T Texas Tyler is one of those country artists who kind of slipped under the wire – a great singer, and one with a heck of a lot of character – but also one who never fully got his due back in the day! This early 60s set is a great one – and captures Tyler with the kind of timeless charm he could bring to a recording – maybe more 50s overall, in the mode that made Starday a great label for holding on to older sounds and older audiences – but also delivered with that lean quality of some of the better 60s work, no overdone arrangements or any attempt to polish things up for the charts! The set's full of unusual material – including two tracks perfect for Father's Day, "Dad Gave My Dog Away" and "Just Like Dad" – plus "I Found Myself", "Morning Glory", "Courtin In The Rain", and "Sunset Years Of Life".  © 1996-2022, Dusty Groove, Inc.