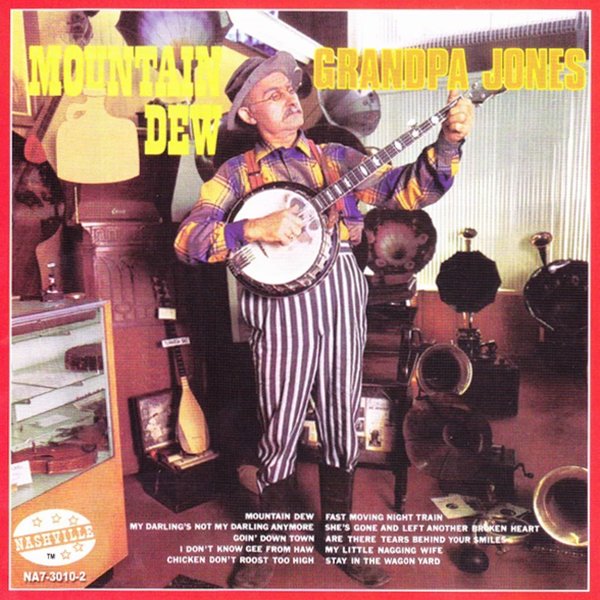 Think what you want about Grandpa Jones from his later appearances on TV – at this point in his career, the man's a hell of a banjo player, and a really great singer too – one who's able to mix wit with deft instrumentation, all at a time when he was really growing into the character he'd created for himself! Jones' real identity is Louis Marshall – hardly yet a grandpa at this point in his career, but blessed with this nicely crackling voice that's really distinct, and which encouraged his character – this completely charming way of putting across a lyric, as you'll hear on cuts that include "Fast Moving Night Train", "She's Gone & Left Another Broken Heart", "Stay In The Wagon Yard", "Are There Tears Behind Your Smiles", "My Little Nagging Wife", and "I Don't Know Gee From Haw".  © 1996-2022, Dusty Groove, Inc.