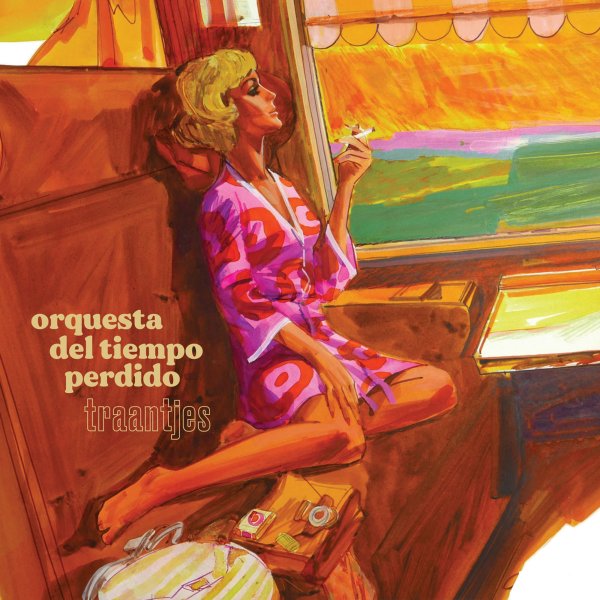 A group with a very unusual sound – one that's not entirely in keeping with the lovely paperback-style image on the cover, but which has a similarly evocative sensibility! We're not sure we've ever heard a group like this – as the ensemble is led by guitarist Joeroen Kimman, who also plays pedal steel, banjo, and bass – in a large lineup that mixes woodwinds, percussion, glockenspiel, and lapsteel in a very cool way – sounds that come together in ways that are completely unexpected – composed, but with some of the edges that you might hear from more freely improvised music. There's an explosion of color and tones throughout – as guests provide more help on harp, piano, panflutes, trombone, and a range of other instruments. Titles include "Bubble", "Sexytime", "Poppin Chops", "Climate Ware One Won Theme", "Dos O Tres Cervezas", and "Elastiek".  © 1996-2022, Dusty Groove, Inc.