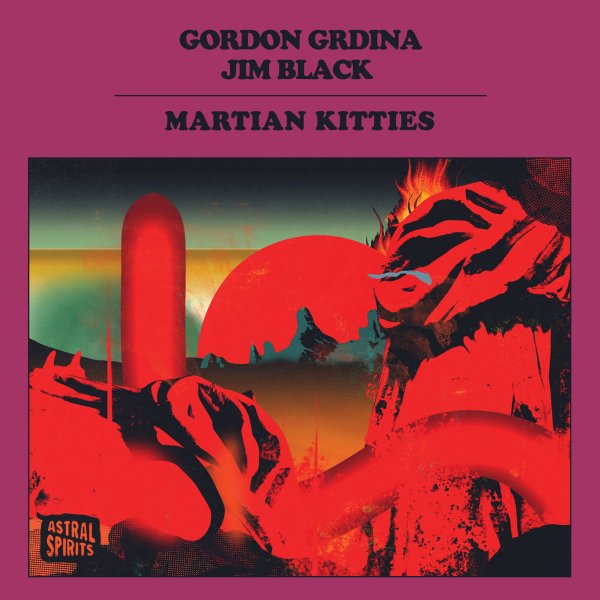 There's a sound here that's a lot more fierce than the "kitties" in the title might make you expect – some nicely freewheeling interplay between the drums of Jim Black and the guitar of Gordon Grdina, who also plays some excellent oud at a few moments too! The tracks are relatively short, and feel almost more like structured duets than complete improvisations – although there's plenty of freedom in the spirit of the music, especially at moments when Jim Black brings in a bit of electronics too. Titles include "Fuzzy Goats", "Abercrombie", "Bear Handler", "Martian Kitties", "Short Scale", "Weird Funk", "Black Lodge", "Social Scene 1", and "Brushes With Death".  © 1996-2021, Dusty Groove, Inc.