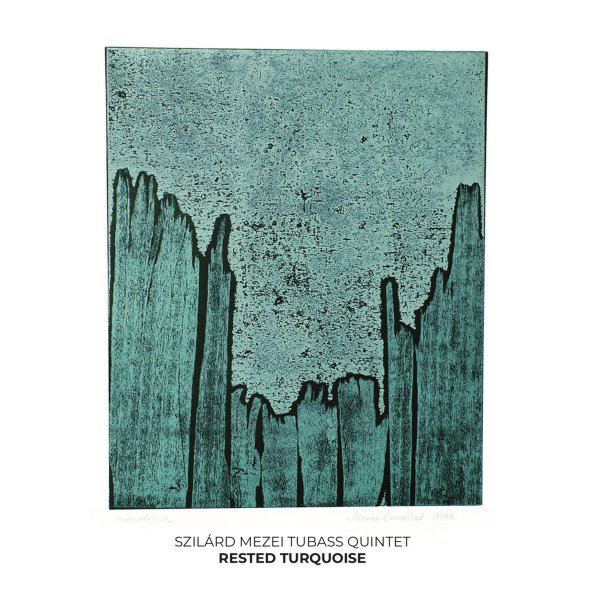 Here's a group who really earn their name – as the quintet features four bassists and one tuba, all coming together in some beautifully bottom-heavy sounds! The group is led by bassist Szilard Mezei, who works with other bassists who include Ervin Malina, Erno Hock, and Zolta Czanyi – alongside tubist Kornel Papista, who matches their tones wonderfully – in ways that echo the spirit of freer improvisations, but also take us back to that early moment in jazz when the tuba handled more of the bottom sounds than the string-based instrument! The set features seven tracks, all of differing lengths, with two basses recorded in each of the channels, right and left, and the tuba placed in the center – all of which makes for a very unique listening experience. Titles include "Hep 33 G", "Osaka Blues", "Simfle Song", "Hep 26", and "Pihent Turkiz/Rested Turquoise".  © 1996-2021, Dusty Groove, Inc.