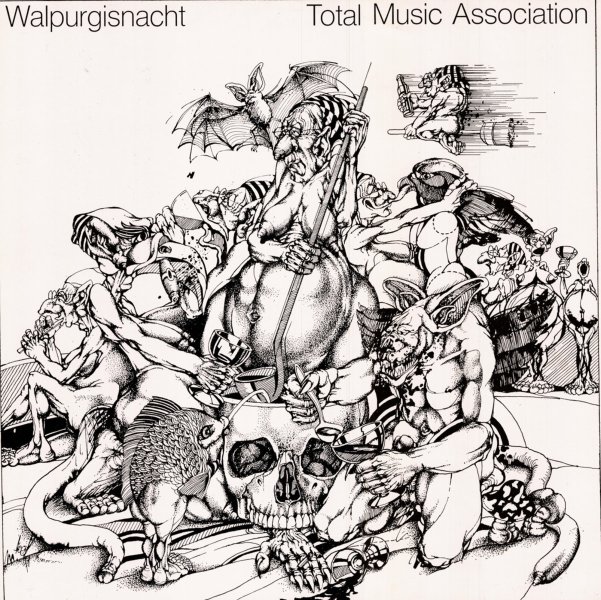 A rare self-released set by an obscure group of German improvisers – one who definitely deliver the "total music" promised in their name, given the fullness of the sound on each of the album's side-long tracks! We're not sure we've encountered most of these players in other settings, and they work together here with a quality that's almost a few years ahead of its time – more in the freedom of the mid 70s FMP recordings, particularly the larger groups – as the TMA is a septet, with Andreas Boje on trombone, Wilfried Eichorn on tenor and bass clarinet, Hans Jorgen Hussong on baritone and soprano, Erich Schroder on viola, Helmut Zimmer on piano, Matthias Boje on bass, and Ruti Thielmann on drums. Hussong is listed as the composer, but the music is very free and open – building quickly to improvised intensity, on the two long titles "Walpurgisnacht" and "Incubus Succubus Pestilentia". CD also features a bonus "Improvisation" from 1988 – by a smaller trio lineup with Matthias Boje on bass, Willi Schneider on drums, and Hans Jorg Hussong on baritone, tenor, and alto.  © 1996-2022, Dusty Groove, Inc.