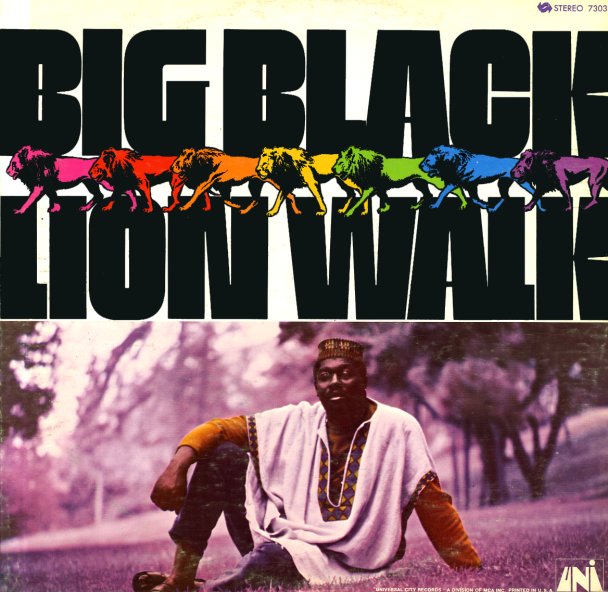 One of the weirdest, wildest albums from percussionist Big Black – a set that stretches out with a vibe that's a lot trippier and jazzier at times than some of his other work! Part of the album's strength comes from the arrangements – which are partly handled by Phil Moore, an artist who created all these other great album projects in the late 60s – often, like this one, a cool mix of exotic currents with new trends in funk and jazz – served up here by a lineup that features Moore on piano, Herman Riley and Chester Washington on tenors, Bruce Langhorn and the mysterious Brother Soul on guitars, and Thurman Green on trombone. Curtis Peagler adds in some alto and flute, and Owen Marshall plays the wild hose-a-phone, plus a host of percussion instruments too – while Big Black himself handles congas and a bit of vocals. Side one features the long jamming "Lion Walk" – and side two features "Tell Me, Do Your Conscience Bother You", "Love Sweet Like Sugar Cane", and "Come On Down To The Beach".  © 1996-2022, Dusty Groove, Inc.
(Limited edition of 500!)