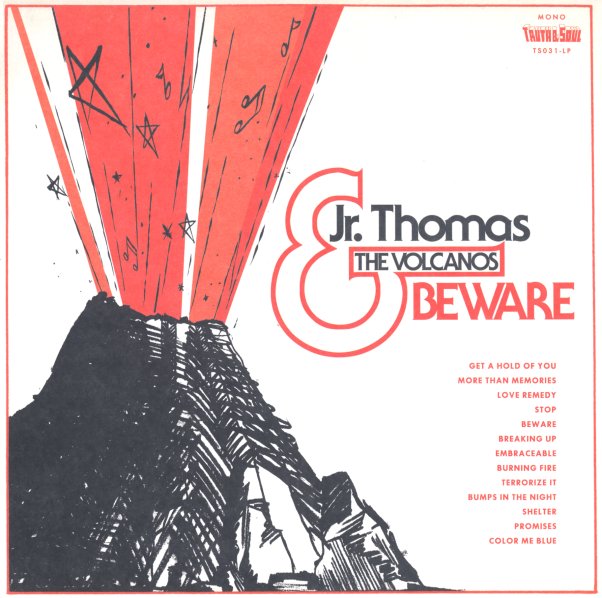 A contemporary group from the Truth & Soul universe, but one who work in the best classic style we love from the label – although at a level that takes us back to 70s reggae, not funk or soul! The album's presented in glorious mono, which really goes well with the old school Kingston-style production – no tricks, gimmicks, or contemporary efforts to make things too overly complicated – just core instrumentation from a really great combo behind the vocals of Junior Thomas – who's got this soulful vocal approach that takes us back to Studio One legends like Jackie Opel or Alton Ellis! In fact, the label could have easily presented this as a lost classic, or unreleased tapes – and our hats are off to them for doing to Jamaican sounds what they've been doing for years to American funk and soul. Titles include "Get A Hold Of You", "Love Remedy", "Stop", "Breaking Up", "Embraceable", "Burning Fire", "Bumps In The Night", "Terrorize It", and "Color Me Blue".  © 1996-2021, Dusty Groove, Inc.
(On transparent orange vinyl – includes download! Newly-cut lacquers, and pressed at Gotta Groove!)