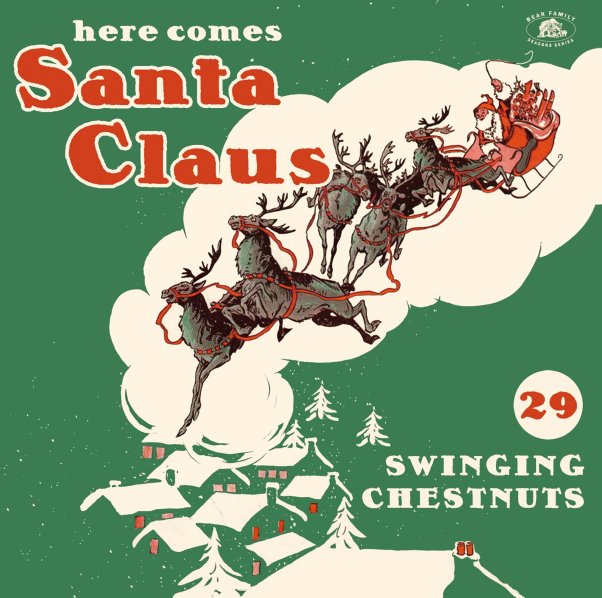 Here Comes Santa Claus – and a heck of a lot of other folks too – all served up here in a mighty nice collection of Holiday goodies from the postwar years – classic singles and LP cuts, all served up in a mix of jazz, vocal, and R&B modes! The set's a great entry in the series of Christmas-themed compilations from the Bear Family – and like the rest, it's got a mighty big track list, filled with hand-picked numbers by the folks who really know this stretch of music better than most! Titles include "You Don't Have To Be A Santa Claus" by The Mills Brothers, "Let It Snow" by Les Brown, "Willy Claus" by Molly Bee, "Nuttin For Christmas" by The Fontane Sisters, "Santa Claus' Party" by Les Baxter, "Five Pound Box Of Money" by Pearl Bailey, "I'm Ready To Reform" by Rex Griffin, "Winter Wonderland" by Lennon Sisters, "It's A Marshmallow World" by Johnny Desmond, and "The Happy Reindeer" by Dancer, Prancer, & Nervous. 29 tracks in all – and a very nice package!  © 1996-2021, Dusty Groove, Inc.