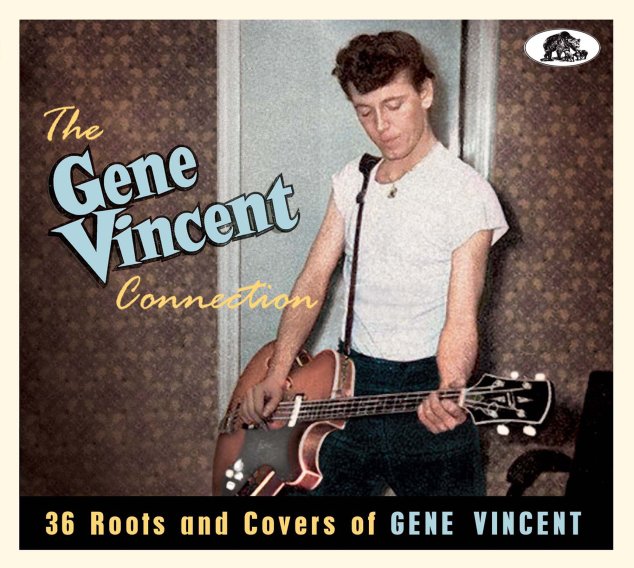 A very cool collection of songs that might be considered to be "in orbit" of the great Gene Vincent – as these are either tunes that first inspired Gene to make his own recordings, or tracks that feature others taking on tunes from the Gene Vincent songbook – sometimes in styles that are very different than the raw sound of Gene's early material with the Blue Caps! The package is done in the beautiful Bear Family style – not just a fantastic selection of really obscure tunes, but detailed notes that follow the great look of the cover – and really illuminate all these lost nuggets from the glory days of rock and pop on the 45rpm single! There's a massive 36 tracks in all – and titles include "I'm Going Home" by The Spotnicks, "Right Here On Earth" by Johnny Rebb & His Rebels, "Anna Annabelle" by Les Chats Sauvage, "High Blood Pressure" by Huey Piano Smith, "Jump Back Honey Jump Back" by Hadda Brooks, "Woman Love" by Jimmy Johnson, "Rollin Danny" by Max K Lipscomb, "Five Days Five Days" by Vince Eager, "Red Blue Jeans & A Ponytail" by Freddie Franks, "Bluejean Bop" by Rock Ragge & His Four Comets, "Double Talkin Baby" by Bobby Milano, and "Big Fat Saturday Night" by Gene Princeton.  © 1996-2021, Dusty Groove, Inc.