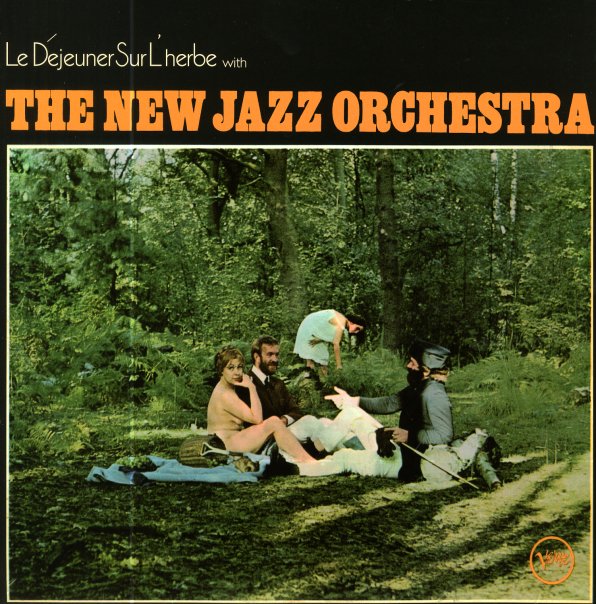 A wonderful wonderful set from the British jazz scene of the late 60s – beautifully inventive large ensemble material, done under the direction of Neil Ardley – and featuring some of the best British jazz musicians of the time! The group's a showcase not only for creative young talent in the UK, but also for the growing sense of composition as well – and the music on the set is penned by Ardley, Michael Garrick, Mike Taylor, and Michael Gibbs – as well as new arrangements of work by Miles Davis and John Coltrane. As in the best material from Ardley, Garrick, and Gibbs, there's a really fresh way of coming together for the instrumentation – quite different than large group material in both the US, and even other areas of the 60s European scene – delivered with wonderful imagination by musicians who include Derek Watkins, Henry Lowther, Harry Beckett, and Ian Carr on trumpets; Michael Gibbs and Derek Wadsworth on trombones; Barbara Thompson on flute and soprano sax; Dick Heckstall Smith on tenor and soprano; Frank Ricotti on vibes; and even Jack Bruce on bass! Titles include "Le Dejeuner Sur L'Herbe", "Naima", "Angle", "Ballad", "Dusk Fire", "Study", and "Rebirth".  © 1996-2022, Dusty Groove, Inc.
(Includes download. Beautiful pressing – in a vintage flipback-style cover, with bonus insert – and new vinyl remastering by Gearbox!)

We Are
Verve, 2021. New Copy Gatefold
LP...$21.99 24.99
Jon Batiste is looking mighty righteous on the cover, and he's sounding mighty righteous within – imbued with a new spirit of consciousness from the events of 2020, which brings a whole new sort of focus to his music – and makes for an album that's every bit a soul set as it is a jazz ... LP, Vinyl record album

Hollywood Africans
Verve, 2018. New Copy 2LP
LP...$22.99 29.99
Think what you want about Jon Batiste on TV – the man's out to show you here that he's one hell of a pianist – and a jazz musician with a lot more depth than just his mainstream appearances! The set is mostly solo, and surprisingly beautiful – as Batiste is able to both serve up ... LP, Vinyl record album