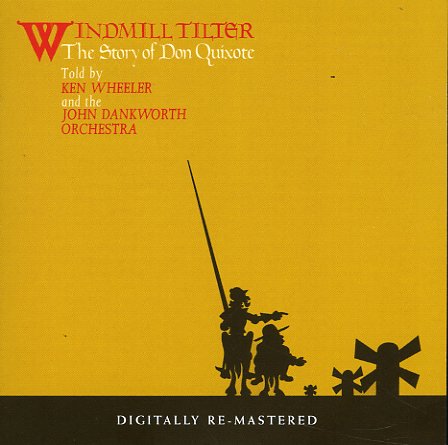 One of the landmark classics of the rising British jazz scene of the late 60s – an unusual pairing between modern trumpeter Kenny Wheeler and famous arranger John Dankworth – both coming together in this sublime set of instrumental tracks based on the story of Don Quixote! The music is something that stands alone from the story completely – a key moment in Wheeler's rise to genius, as he crafts these tremendous solos over a larger group directed by Dankworth – almost a Sketches Of Spain for the Brit scene – with work from an array of players who include Dankworth, Tony Robert, Tony Coe, and Ray Swinfield on saxes – plus John McLaughlin on guitar and Dave Holland on bass – all working together in a really inventive lineup that instantly made the record a classic on the scene. Includes "Preamble", "Don The Dreamer", "Sweet Dulcinea Blue", "Bachelor Sam", "The Cave Of Montesinos", "Altisidora", and "Don No More".  © 1996-2022, Dusty Groove, Inc.
(Includes download!)