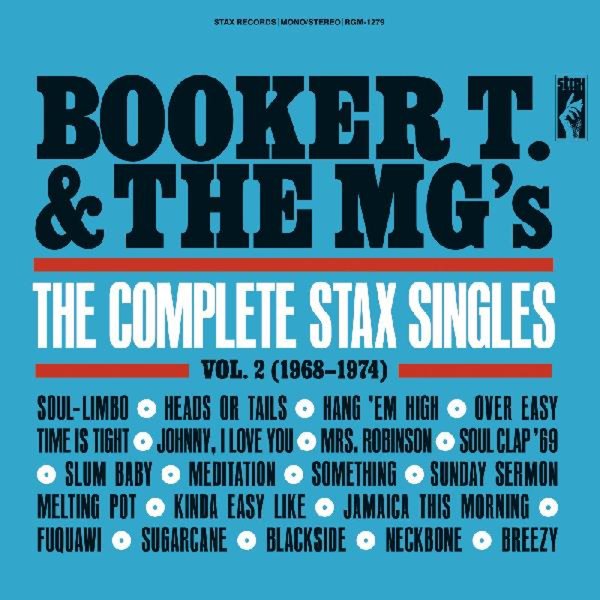 A sublime second chapter of work from Booker T & The MGs – pulled from a time when Stax Records was stepping out of the influence of Atlantic, and really opening the door to a wide variety of new soul sounds! That approach is definitely in place here – as the tracks really evolve past the early hits of the group – with more unusual rhythmic patterns, laid down by the great Al Jackson on drums and Donald Duck Dunn on bass – while Steve Cropper provides all the riffing genius on his guitar, and Booker T pushes things over the top with completely sublime work on organ! All players are really changing up their groove, especially as the singles here progress from the 60s into the 70s – and the package features a-sides and b-sides, and even a few post-Booker T cuts by the MGs. Titles include "Kinda Easy Like", "Melting Pot", "Sunday Sermon", "Something", "Fuquawi", "Sugarcane", "Blackside", "Neckbone", "Soul Clap 69", "Slum Baby", "Meditation", "Johnny I Love You", "Time Is Tight", "Jamaica This Morning", "Over Easy", "Heads Or Tails", "Mrs Robinson", and "Soul Limbo.  © 1996-2022, Dusty Groove, Inc.