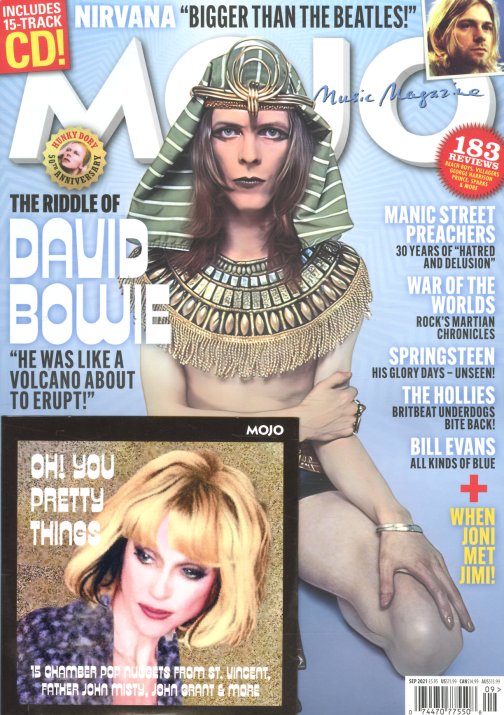 That's a very strange-looking David Bowie on the front cover – and the issue looks at his tremendous turn of musical events in 1971 – a time when the Thin White Duke was about ready to burst into stardom! There's also plenty more too – including articles on Bill Evans, The Hollies, and Nicky Wire of the Manic Street Preachers – plus a look at Springsteen on stage, and the 30th anniversary of Nirvana's Nevermind! The issue also has the usual huge section of music reviews – plus more great features too – and comes with a bonus CD of new music, with tracks by St Vincent, Father John Misty, and others.  © 1996-2022, Dusty Groove, Inc.