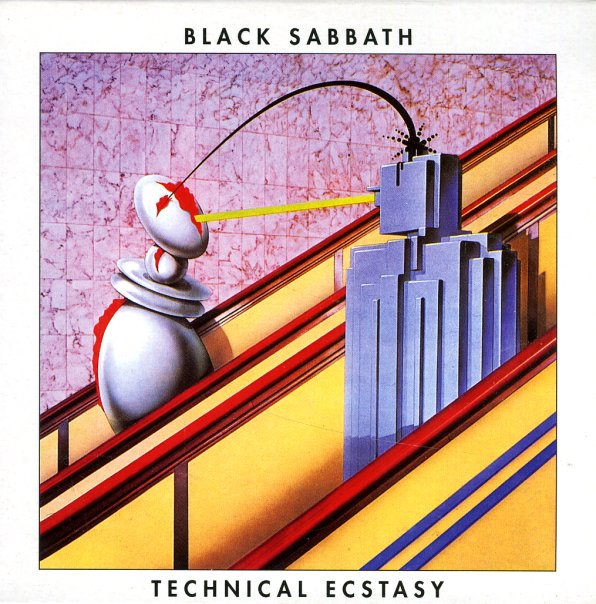 The cover here looks a bit slicker than some of the other Black Sabbath albums of the 70s – but the sound is anything but, and still flies the flag of all the greatness the group had to offer! The set was recorded at the famous Criteria Studios in Miami – home to some great soul sessions in the early part of the decade – and Tommy Iommi gives the band a sharp edge in the studio, bringing the guitars up and Ozzy's vocals into a nice sort of focus – reminding the world that Sabbath can still kick the ass of newcomers like AC/DC when needed. And like late 70s material by Led Zeppelin, which some purists of the time tend to dismiss – from the backward perspective of 40 years, the album sounds pretty darn great to our ears! Titles include "She's Gone", "Dirty Women", "It's Alright", "Gypsy", "Back Street Kids", "You Won't Change Me", and "All Moving Parts".  © 1996-2022, Dusty Groove, Inc.
(Remastered.)

Doolittle
4AD, 1989. Used
CD...$4.99
A defining moment for The Pixies and rock music in general! Doolittle somehow delivers on the rawer, artier promise of Surfer Rosa and Come On Pilgrim, while bringing in much more the irresistible catchiness that the earlier album(s) just hinted at. Rock music just didn't sound like this in 1989, ... CD