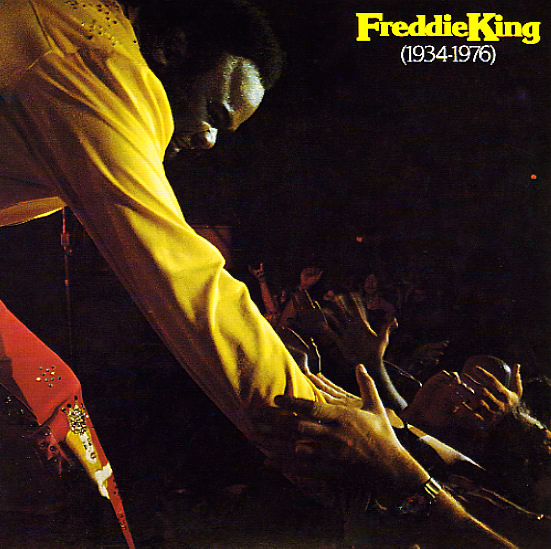 A posthumous collection of work from Freddie King – material recorded in a variety of different sources, but all of it with Freddie's well-honed guitar sound in the lead! Some tracks were done down at Criteria Studios in Miami, and have a warmly southern sort of glow – others were done in the UK with Mike Vernon with a bit more of a rockish feel, and a few more were done for radio, with a slightly rougher edge than the rest. Titles include "Pack It Up", "Shake Your Bootie", "Tain't Nobody's Bizness If I Do", "Woman Across The Bridge", "Sweet Home Chicago", "Sugar Sweet", "TV Mama", "Gambling Woman Blues", and "Farther Up The Road."  © 1996-2021, Dusty Groove, Inc.
(Out of print SHMCD pressing – with obi!)