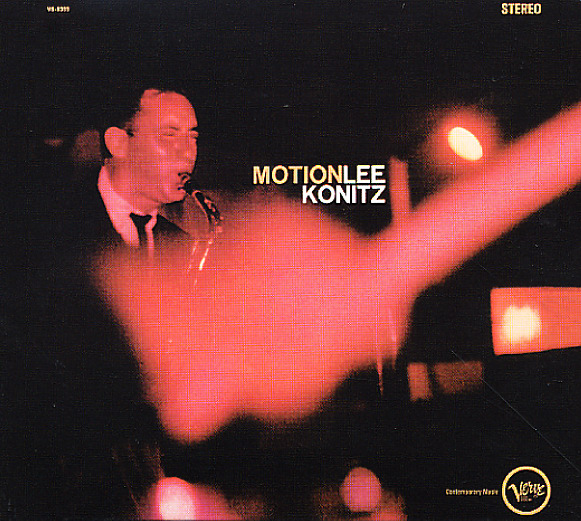 A pivotal album in the career of Lee Konitz – and one that shows him really stretching out, past his tightly arranged style of the 50s! Lee's working here in a fairly free trio setting – backed by only Sonny Dallas on bass and Elvin Jones on drums. Jones plays loosely and openly on the kit, taking Lee through some great extended tracks that bristle with a sharp and modern energy that stands in great contrast to the cooler Konitz sound of the 50s – into a style that almost matches the energy of Sonny Rollins' classic Live At The Village Vanguard recordings for Blue Note. Titles include "All Of Me", "You'd Be So Nice To Come Home To" and "I'll Remember April".  © 1996-2021, Dusty Groove, Inc.

Back To Back
Verve, 1959. Used
CD...$6.99
Duke Ellington makes a rare Verve appearance on this classic album – and works strongly in the mode of earlier sides recorded for the label by Johnny Hodges! There's a relaxed, small group feel going on here – one that's a bit different than some of the tighter Ellington work on ... CD