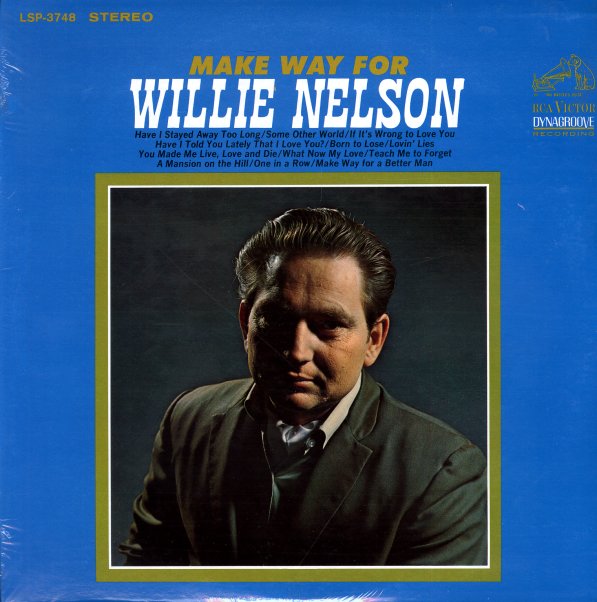 Not the first album ever cut by Willie Nelson – despite the title – but an excellent showcase for his early talents on RCA! The album's a lot more understated than some of Willie's later work, but it's completely charming all the way through – filled with superb songs that really showcase Nelson's ear for both melancholy and blues, of the sort that made some of his early compositions so important for Patsy Cline, Ray Price, and other singers. There's plenty of gems here that you might miss otherwise – and titles include "Make Way For A Better Man", "Some Other World", "Teach Me To Forget", "A Mansion On The Hill", "One In A Row", and "You Made Me Live, Love, & Die".  © 1996-2022, Dusty Groove, Inc.