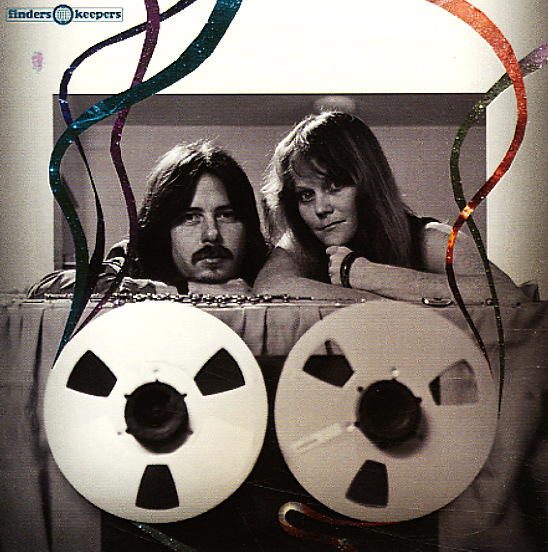 A beautifully trippy duo who work here mostly with electronics – but who use the instruments in very organic ways that are almost acoustic! There's an earthy, almost hippieish quality to the sounds on the set – music that belies the pair's placement in the pre-New Age instrumental underground shared by Iasos, Laraaji, and others – but which also comes across here with a unique quality that's very much all their own! The music has a naive, optimistic feel that's very cool – and even when the keyboards step out front a bit more strongly on a few tracks, the energy of the record still has a lot more warmth than the Sky Records scene in Germany. After a smattering of various reissues, this full set finally does the duo justice – bringing together all the best track from their rare album and cassette-only releases – with the kind of notes and details we love from the Finders Keepers label. Titles include "Dawn", "The Dragon's Gate", "Flight Of The Raven", "Voices Of The Sage", "Chasing The Shadowbeast", "Nightsong", and "Valley Of The Birds".  © 1996-2021, Dusty Groove, Inc.
(Includes the insert.)

Commercial Length Disc 8
TM Communications, Mid 70s. Near Mint-
LP...$14.99
Sound library music, but not of the funky kind from Italy that everybody's been digging these days. Instead, this is fairly straight music designed to back commercials, and the music is kind of light, breezy, and jingley. Some tracks have some moog, and others are played by a small orchestra. ... LP, Vinyl record album