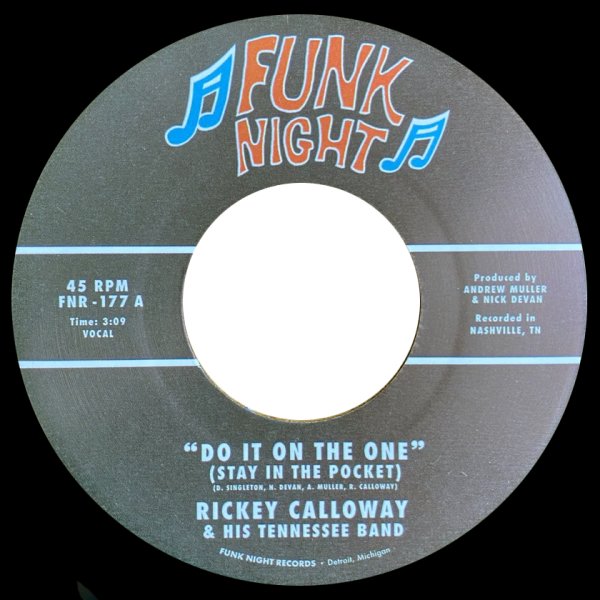 Rickey Calloway is one of the few singers we can say really inhabits the spirit of James Brown and gets the sound totally right – from his razor-sharp vocal approach on the lyrics, to the equally sharp sound of his group – as Calloway always seems to work with the best! "Do It On The One" moves and grooves like some late 60s King Records funky 45 – and although "Ain't It A Crime" has a different title, it's more of a "part 2" to the a-side – with plenty of guitar riffing and instrumental interplay from the group!  © 1996-2021, Dusty Groove, Inc.