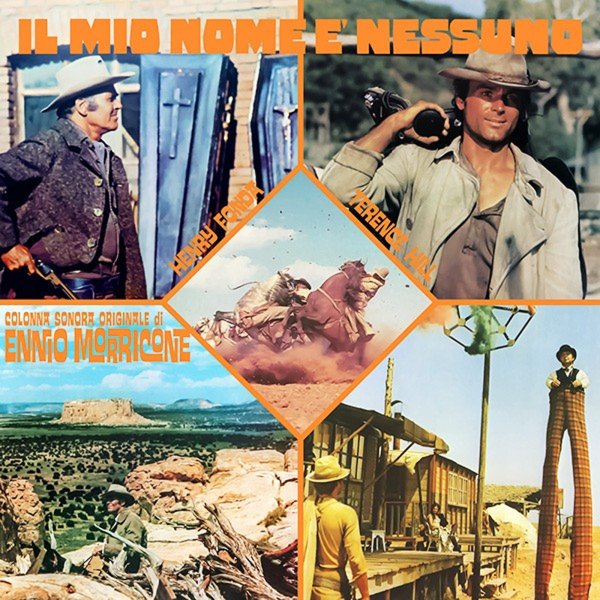 A wonderfully weird Ennio Morricone score – done for an equally weird western that starred the great Terence Hill in the lead! The movie mixes in a bit of comedy with straight action – and Morricone's music really fits that vibe – with a blend of more familiar classic Morricone western modes with more unusual sounds that really spice things up – with touches that include "squishy" electric keyboards, rolling vocal choruses, whistles, clock ticking, and other odd elements! There's an incredible amount of humor here, and the soundtrack stands as one of Morricone's more mad moments from a time when he was otherwise fairly subtle in his writing – served up with orchestrations conducted by Bruno Nicolai, and some voices from I Cantori Moderni. Titles include "Il Mio Nome E Nessuno", "Uno Strano Barbiere", "Piu Delle Valchirie", and "Con I Migliori Auguri".  © 1996-2021, Dusty Groove, Inc.