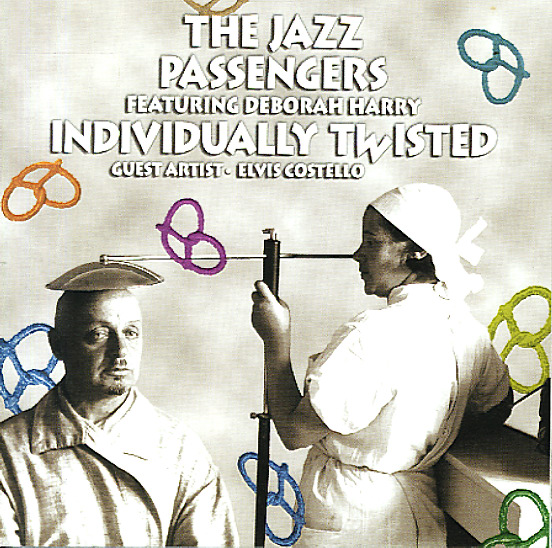 A surprising 90s set from The Jazz Passengers – the New York group who'd worked in many modes other than just the straight jazz you might guess from their name, but who here maybe take things back to basics, especially on some of the cuts that bring in vocals from famous guests who include Deborah Harry and Elvis Costello! In some ways, Harry is the core of the set – as she unlocks this great jazz-based side of her style, in a way that gives her voice a whole new level of expression – one that's surprisingly strong next to the instrumentation provided by Roy Nathanson, Curis Fowlkes, and the rest of the group. Elvis Costello sings moodily on the tune "Aubergine" – but most other vocal numbers feature Deborah Harry, and include "Pork Chop", "Lil Darlin", "Maybe I'm Lost", "Imitation Of A Kiss", "Ole", and "Angel Eyes". Harry and Costello duet on "Doncha Go Way Mad" – and the set also features a nice instrumental remake of the Nat Adderley tune "Jive Samba".  © 1996-2021, Dusty Groove, Inc.
(First time on vinyl! Limited peach colored vinyl pressing.)

Crystal Spears
Saturn/Modern Harmonic, 1974. New Copy (reissue)
LP...$23.99 25.99 (CD...$11.99)
A really wonderful album from Sun Ra and the Arkestra – recorded during their early 70s relationship with Impulse Records, but rejected by the label at the time – because the sound was too far ahead of its time! That lack is our gain, though – as the session's gone onto legendary ... LP, Vinyl record album