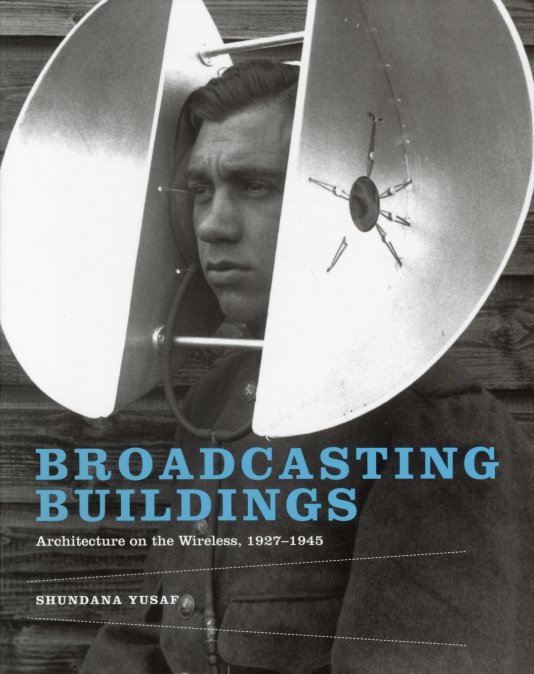 Broadcasting Buildings – Architecture On The Wireless 1927 to 1945 (hardcover)

That's a pretty crazy image on the cover, and there's some pretty crazy images within – as this well-done book looks at the way the BBC conceived of presenting a public, permanent face to its ephmeral broadcast identity in the early 20th century – through the creation of the modernist masterpiece Broadcast House in London! The book begins with the construction of that landmark building, then moves on to other topics that deal with the interplay between the new ideas on radio and the shifting setting of London in the years before and through WWII – served up here with black and white images alongside some very well-penned critical text by the author. 331 pages, hardcover, with black and white images.  © 1996-2021, Dusty Groove, Inc.