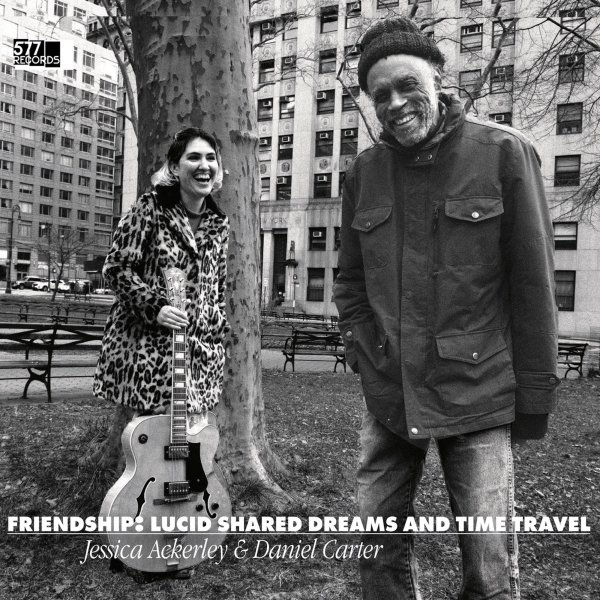 There's definitely a feeling of friendship going on here – a spirit that echoes the image on the cover, as the many horns of Daniel Carter come into close collaboration with the acoustic guitar work of Jessica Ackerley! Ackerley has an open, often gentle style of playing – one that rings out with slow-moving cycles of sound – and Carter blows flute, alto, clarinet, soprano sax, and even a bit of trumpet – shading things in with this delightfully personal, intimate quality – in a way that's a bit different than many of his other recent records. The titles of the songs really get at the feeling of the recording – and they include "Converging", "Dream State", "Hidden Truths", "Awakening", "Welcome Our Friends", and "Lucid Dreamer".  © 1996-2022, Dusty Groove, Inc.