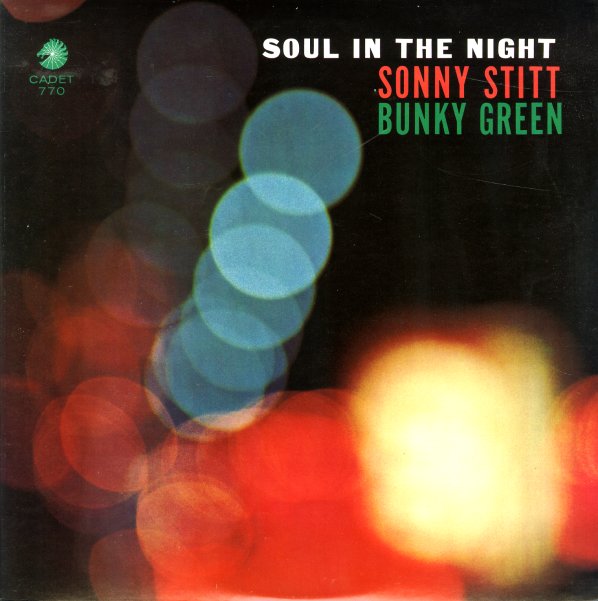 Soul In The Night

A twin-alto session that matches the sax of Sonny Stitt with that of Bunky Green – both set up in a tight little combo that includes some smoking work on Hammond by organist Odell Brown! Brown's fierce approach to the keys creates a really gutbuckety sound on the set – making the album burn like some of the best Prestige soul jazz sides from the mid 60s – but also opening up some of the tunes in the same sort of skittish groove that Brown was using on his own albums of the period! A young Maurice White plays drums – and titles include "Soul In The Night", "One Alone", "The Spies", and "Home Stretch".  © 1996-2021, Dusty Groove, Inc.
(Out of print, includes obi.)

Tribute To Jack Johnson
Columbia, 1971. Used
CD...$6.99
A masterful tribute from one bad cat to another – and easily one of Miles Davis' greatest electric albums ever! The album's got a powerful, epic sort of feel – a renewed focus after the looser style of Bitches Brew, and the 70s live albums – and one that mixes a deeper funky ... CD

Complete Live At The Plugged Nickel 1965 (8CD boxset)
Columbia/Legacy, 1965. Used 8 CDs
CD...$69.99
This stunning live set has been hailed by many as one of the finest moments of Miles' mid 60s career – music played with a frenetic energy that even blows away the famous studio sessions of the time! The group here is a landmark lineup – young modernists Wayne Shorter on tenor, Herbie ... CD