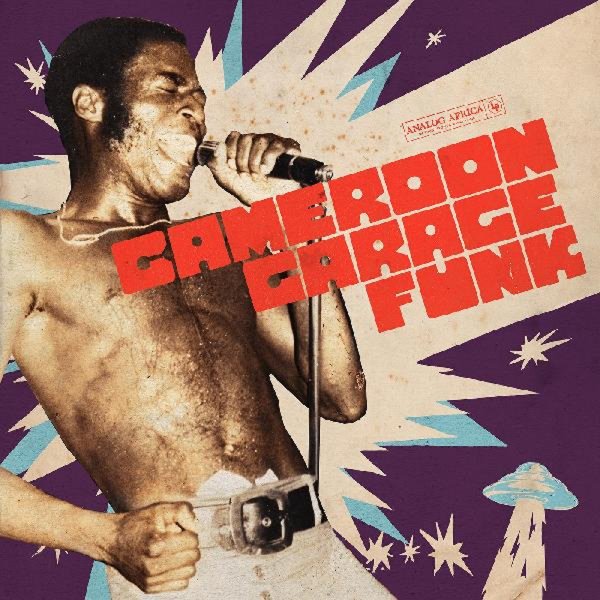 We're not sure we've ever heard the term "garage funk" before, but it certainly fits the vibe of this sweet little collection – even though all the tracks here were actually recorded in a church! Not that the music is religious, though – the funky sounds within are certainly secular – it's just that in the city of Yaounde in the 70s, the recording services in a local church were one of the few spots that a local up and coming act could lay down a few tracks for themselves – music that's captured here in a stunning assortment of rare tunes that mostly never saw the light of day at the time! Imagine some of the more popular sounds you know from West Africa in the 70s, then imagine them stripped down to the core – and captured with a rough-edged vibe that makes the music really leap from the grooves, even all these many years later. The approach results in sounds that you'd maybe hear if you stumbled upon a box of small label funky 45s in the back corner of a local market at the end of the 70s – but presented here with the detailed notes, full history, and spectacular sound that have made us love the Analog Africa label over the years. Titles include "Sie Tcheu" by Joseph Kamga, "Ma Wde Wa" by Los Camaroes, "Yondja" by Ndenga Andre Destin Et Les Golden Sounds, "Odylife" by Damas Swing Orchestra, "Quier Wapatcha" by Charles Lembe, "Africa Iyo" by Jean Pierre Djeukam, "Woman Be Fire" by Lucas Tala, "Mezek Me Mama" by Mballa Bony, and "Moni Ngan" by Willie Songue Et Les Showmen.  © 1996-2022, Dusty Groove, Inc.

Bombino Live In Amsterdam
Partisan, 2020. New Copy
CD...$13.99 14.99 (LP...$14.99)
A nice little set from Bombino – recorded in Amsterdam, but heavy on the kind of fuzzy, freaky guitar work that have made the Tuareg group such an international hit in recent years! These guys wail mightily throughout – mixing pulsing rhythms with nicely freaky guitar lines – ... CD