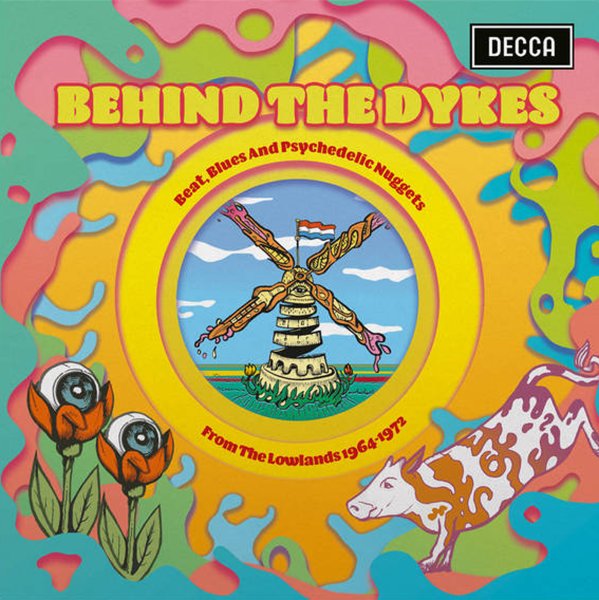 Well, they spelled "dikes" wrong in the title – but we can hardly fault them for that, as the set is a stunning batch of work from the Dutch scene at the end of the 60s – a really surprising powerhouse of new ideas and mindblowing music! Maybe that's no surprise, given the proximity of The Netherlands to the UK – which also means that the scene was probably drinking up as much pirate radio as listeners in London – and there's definitely work here to match some of the hippest Brit groups on Decca from the same generation. The set is huge 37 tracks in all – with work from The Sound Of Imker, Painting House, Supersister, The Tykes, Modesy Blaise, Names & Faces, Powera, The Heralds, Scarlets, Short 66, The Counts, Baldwin, BNZ, Dimitri, The Bumble Bees, The Boggy Green Selection, The Haigs, Amnsterdam, Airport, Jug Session, Alligatorman, World, The Freddies, and Nanda.  © 1996-2022, Dusty Groove, Inc.
(Includes booklet with track-by-track liner notes!)

Think Pink (50th anniversary edition)
Decca/Twink, 1969. New Copy
LP...$34.99 38.99
A legendary album from the Brit psych scene at the end of the 60s – and one of the few records from that time that's still completely mindblowing all these many years later! Twink is John Alden, who'd had already had years of work behind him before putting together this set – including ... LP, Vinyl record album