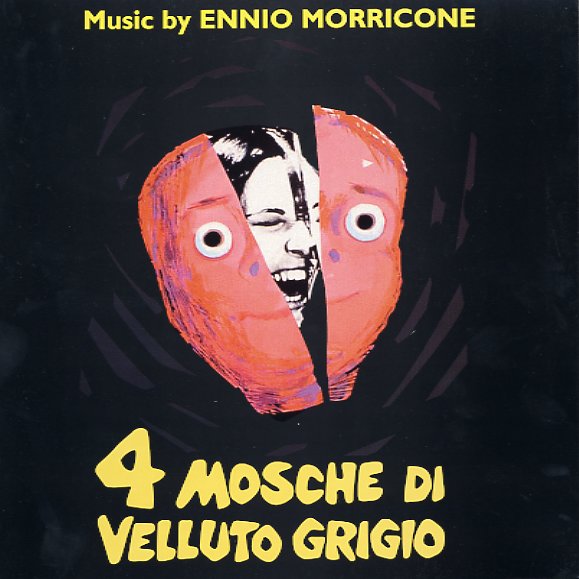 A fantastically dark Morricone score! Morricone originally wrote this material for the film Quattro Mosche Di Velluto Grigio, the third part of Dario Argento's cult terror trilogy – and until the release of this reissue, only 2 of the tracks ever made it to the public, on a rare single issued by Cinevox in 1971. The leadoff track – "4 Mosche Di Vellutto Grigio (titoli)" – is actually a bit funky, with some very heavy drums and cascading fuzzy guitar riffs that sound very nice. Then, the record moves into spookier material – like the cut "Come Un Madrigale", and a number of self-titled themes – all of which feature strange harpsichord work, dark orchestral passages, and some very spooky production work! Fortunately, the score ends on an upbeat note – a hard driving, beat group sounding version of the main theme that's a nice cap to the whole package!  © 1996-2022, Dusty Groove, Inc.
(Limited edition crystal clear vinyl pressing!)