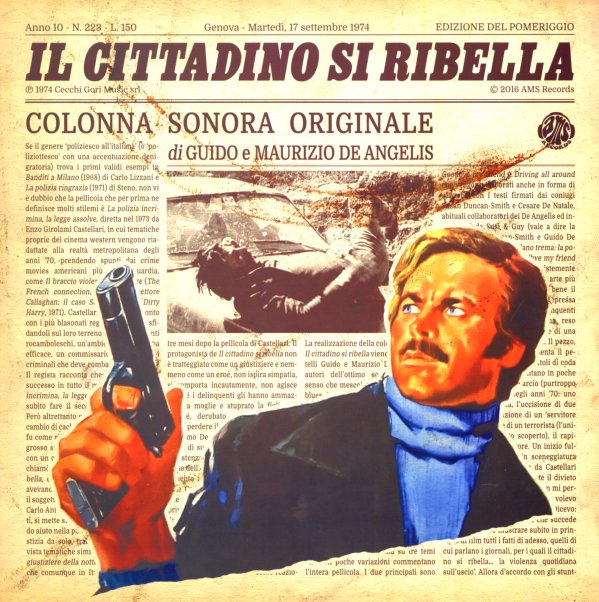 A nice bit of funky crime work from Italy – a soundtrack to an obscure payback film from the 70s, done here with a nice mix of heavy beats, tight guitar, and some cool keyboards! The groove here is very much in the style of some of the best compilations of Italian cop soundtrack work we've stocked – and unlike some other thrillers of the time, the set's overflowing with funky tracks, so that you get way more than just a few funky numbers for your money! The blazing image on the cover is a great idea of what you'll hear inside – and titles include "Drivin All Around", "Goodbye My Friend", and "Il Cittadino Si Rebella".  © 1996-2022, Dusty Groove, Inc.
(Limited edition crystal clear vinyl pressing!)

Milano Odia – La Polizia Non Puo Sparare (180 gram red vinyl pressing)
GDM (Italy), 1974. New Copy Gatefold
LP...$26.99
A beautifully sensitive Italian police soundtrack from the 70s – one scored by Ennio Morricone with a bit less of the funky bits of other cop scores of the time, and a nice mix of sad-tinged, personal styles! There's a fair bit of key Morricone touches here that resonate with his best other ... LP, Vinyl record album