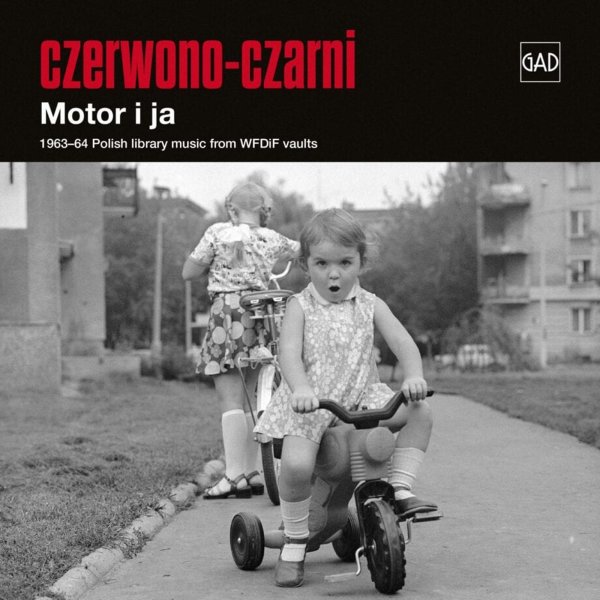 Sound library music from mid 60s Poland, but tracks that feel a lot more like American instrumental rock from the same time too – a very different approach than the larger orchestrations you might expect! Most of these tunes are pretty upbeat, and filled with twangy guitars that soar forward in space – matched sometimes with a bit of saxophone, or occasionally some piano – and peppered with a few tracks that get a bit more spacious, which really makes a lot more depth for the record – a lot more than you'd hear from some American surf rock record at the time! All tracks are as short as the side of an instrumental 45 – and titles include "Podarunek", "Pod Paugami", "Remont", "Motor I Ja", "Agatko Pocaluj", and "Czerwono Czarny Twist".  © 1996-2021, Dusty Groove, Inc.