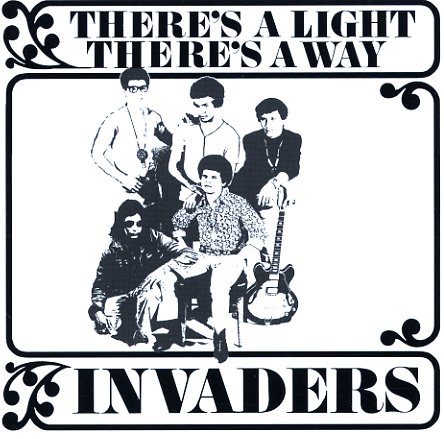 There's A Light There's A Way

Fuzzy, post psyche organ rock from South Africa – There's A Light There's A Way from 1971! The group has fairly versatile groove, from hard charging, bluesy psyche funk on the grittier gems, to more of an an open, less raucous mix of melodies, harmonies and righteous lyricism. In some ways it's akin to post Forever Changes Arthur Lee. Includes "There's A Light", "There's A Way", "Turn On The Sun", "Astral III", "Astral II", "Second Coming", "I Need You" and more – plus bonus tracks including a cover of "Born On The Bayou" and "Painter Man".  © 1996-2021, Dusty Groove, Inc.
(Out of print.)

Dreamin Wild
Light In The Attic, 1979. Used
CD...$16.99
Fuzzy and genuinely well-crafted private press grooves from the Emerson brothers – with crazy good hooks, some surprisingly solid musicianship – and songs that range from straight-up catchy, though fuzz-drenched rock, to funk and soul! Donnie Emerson is the lead singer, guitarist and ... CD

Crime Of The Century
A&M, 1974. Used
CD...$4.99 (LP...$19.99)
Pure mainstream 70s pop genius, the most fully-formed of all early Supertramp albums – and a record that's filled with a surprising amount of great Fender Rhodes moments too! The set's a masterpiece from start to finish – filled with themes of loss and loneliness, but served up by the ... CD