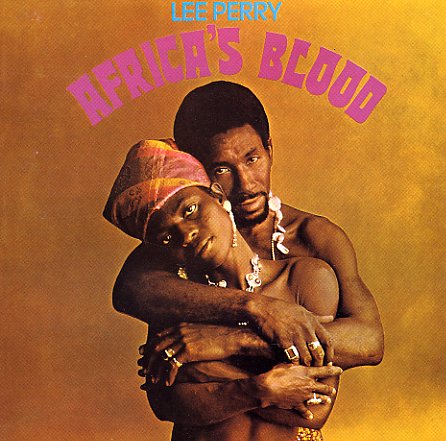 A real moment of righteous power from Lee Scratch Perry – as you might expect from the image on the cover – clearly indicating a strong sense of pride and identity that also tracks with the 70s shift in Jamaican music too! Lee's the producer here, but also extends full creative control throughout – which makes the album's mix of vocal and instrumental tracks feel much more like some of the unified albums from the Black Ark era, than previous Trojan packages which usually just culled together previous singles. The album's got lots of instrumentals billed to The Upsetters – including "Move Me", "Surplus"," Go Slow", "Not Guilty", "Long Sentence", and "Bad Luck" – and other titles include "Do Your Thing" by Dave Barker, "Well Dread (version 3)" by Addis Ababa Children, "Isn't It Wrong" by The Hurricanes, and "Place Called Africa (version 3)" by Winston Prince.  © 1996-2022, Dusty Groove, Inc.