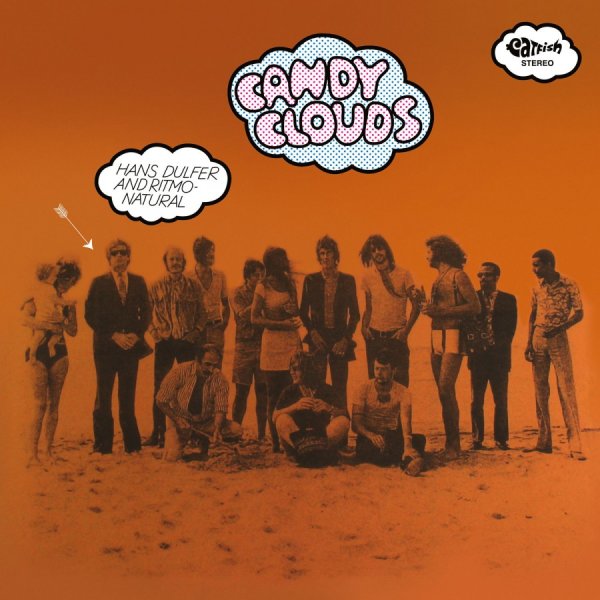 A wicked little set of tripped-out funky jazz – recorded by Dutch sax legend Hans Dulfer, at a time when he was really expanding his head! The album has Hans on tenor – blowing with a group that includes guitar, flute, and a lot of added percussion – really jamming away in a rhythmically-minded way that makes the album feel like some of the coolest MPS sessions from the time. The whole thing's great – a really solid album with just the right blend of groove and imagination – and it's the kind of experimental groove-based album that keeps us digging for Euro jazz gems! Titles include "Candy Clouds (parts 1 & 2)", "Froggy", "Red Red Libanon", and "King Size Davy".  © 1996-2022, Dusty Groove, Inc.
(Individually numbered limited edition of 1000 – on heavyweight blue vinyl!)