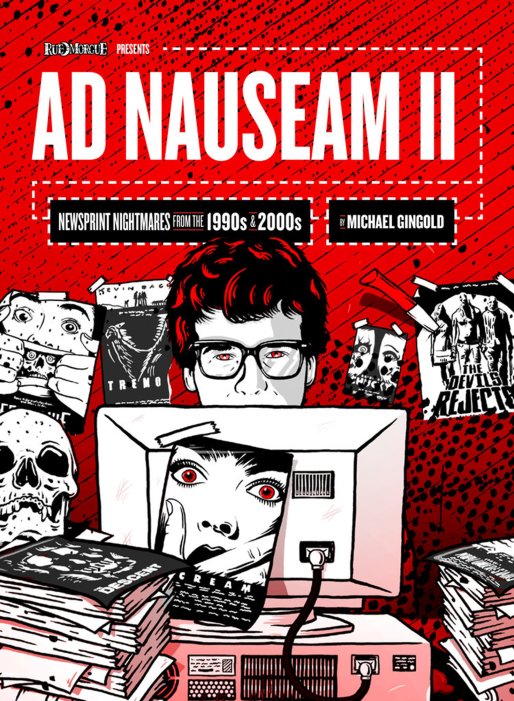 A hell of a great idea for a book – a collection of newspaper ads for horror films from the 90s and 00s – served up with page after page of striking images, as well as text from the author about each film, and snippets of press reviews from the time! The book is a beautiful tribute to a cinematic world gone by – and a great reminder of how important a full page ad in the paper was towards getting us out to the theater – a time when the two-dimensional presentation of the film was sometimes every bit as creepy as what you'd see in the movie! Images here were collected by the author over a 20 year period, and are presented chronologically – but not in a slipshod way, as the accompanying text does a heck of a lot to illuminate the images – which are both in color and black and white. 271 pages, hardcover, and with an index at the back!  © 1996-2022, Dusty Groove, Inc.