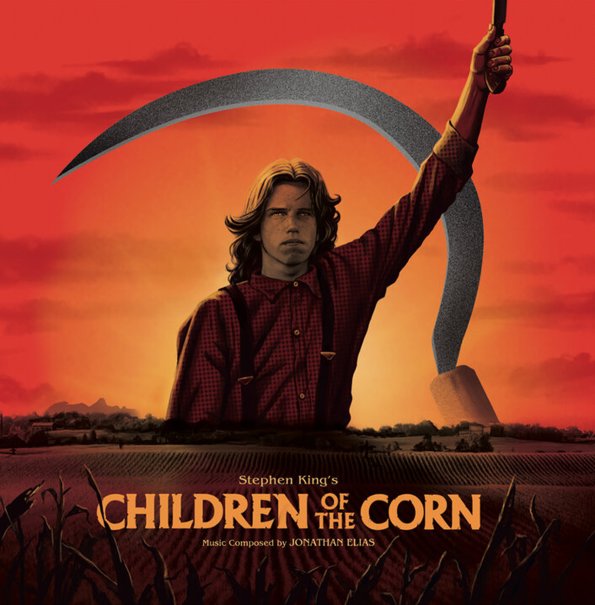 A really standout horror soundtrack from the 80s – one that's maybe got a bit more richness than some of its contemporaries, and a sonic depth that really adds a lot to the action onscreen! The main theme is wonderfully brooding – a mix of light keyboards and darker, murkier orchestral sounds, with occasional Wicker Man-like vocal moments – continued throughout in variations of a similar mode that shifts nicely as the record moves on, and the action creeps forward with a hell of a lot of tension! Jonathan Elias wasn't one of the biggest names in scoring at the time, but this work is certainly some of the best – and titles include "The Cornfield", "Dream Music", "Barn Run", "Vicky's Dream", "Attack Of The Children", "Fighting Back", "Burning The Cornfield", and "The Invasion".  © 1996-2021, Dusty Groove, Inc.
(First-ever vinyl reissue – on limited colored vinyl, with new mastering and notes!)