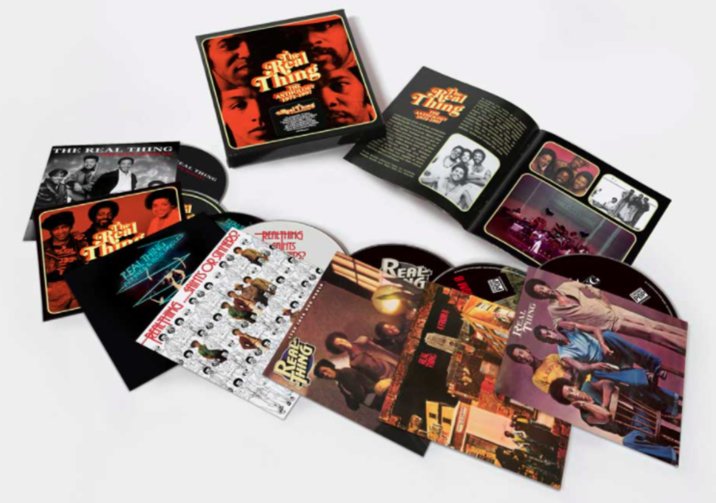 Essential work from one of the hippest British groups of the 70s – the amazing Real Thing, one of the few UK acts who could go head to head with soul artists from the US! The Real Thing groove is often heavy on strings and rhythm – a sound that's kind of an English take on the 70s grooves from the Philly scene in the US – tuned towards a slightly different end, and topped with a mix of soulful leads and soaring harmonies by the group. And like the Philly groups, these guys also managed to really grow and evolve over the years – which you can especially hear over a short space of time in their recordings of the 70s. The collection strongly focuses on those years – and offers up expanded versions of the Pye albums The Real Thing, 4 From 8, Step Into Our World, and Saints Or Sinners – all with as many bonus tracks as were on the original albums, if not more. Then, the final three CDs feature later material – one CD of material for Jive Records, one for RCA with remixes, and one more for EMI, Calibre, and Catawa Records. There's a massive 109 tracks in the set, plus a 28 page booklet of notes – with a huge amount of material that's not been on CD for years!  © 1996-2021, Dusty Groove, Inc.