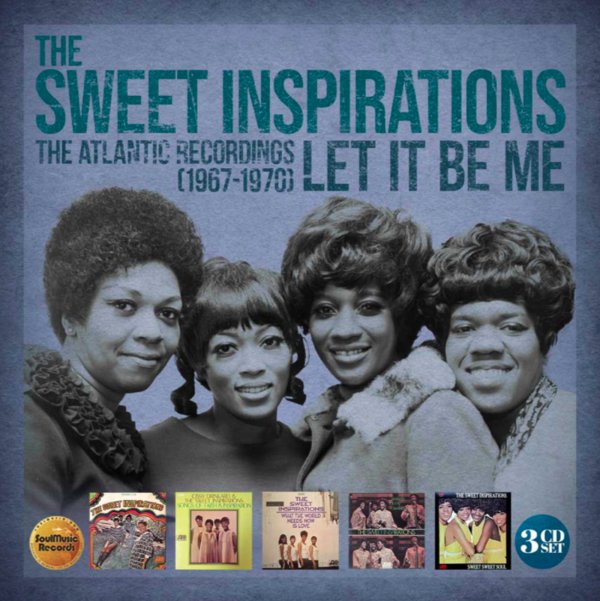 A fantastic run of music from a group who were key to the rising sound of soul music on Atlantic Records during the 60s – but who sometimes didn't always get their due! The Sweet Inspirations have roots in gospel – as the famous Drinkard Sisters – and they've also got a legacy that goes beyond these recordings, including later group sessions, and solo 70s fame by Cissy Houston of the group. But here, they're completely at their prime – known to bigger audiences for their background vocals behind Aretha Franklin and others, and working with a completely sublime blend of their gospel roots and newly righteous 60s soul modes – given superb accompaniment and production in a series of recordings done in New York, Memphis, Muscle Shoals, and Sigma Sound in Philly! This set features a huge amount of material – everything the girls recorded for Atlantic – the full albums Sweet Inspirations, Songs Of Inspiration, What The World Needs Now Is Love, Sweets For My Sweet, and Sweet Sweet Soul – plus non-LP single tracks, and enough material for a 1970 bonus album too, most of it never issued at the time. The package is the best we've ever seen on the group – an instant classic in our book – and it features 66 tracks in all, plus a big booklet of notes.  © 1996-2022, Dusty Groove, Inc.