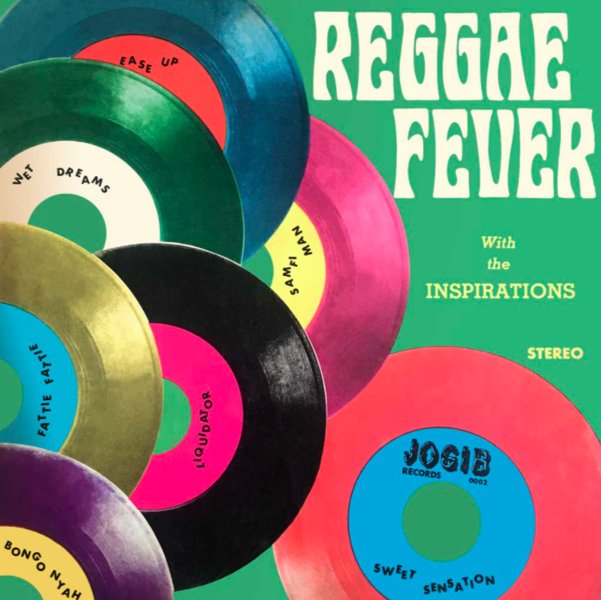 The Inspirations were maybe not the biggest vocal group on the Jamaican scene at the start of the 70s – but man, they really tear things up in a wonderful way on this classic set with production by Joe Gibbs! As with other Gibbs' projects, there's a few numbers here by other artists too – but the main focus is the sublime vocal tunes that have the Inspirations in the lead – singing in a duo mode that's clearly inspired by 60s soul acts from the US, but with the vocals more harmonized together, instead of trading back and forth – yet at a level that still makes for a really raw edge overall! Rhythms are fantastic – nicely bubbling in a rocksteady mode – and Inspirations titles include "Wet Dreams", "Ease Up", "Samfie Man", "Why Do You Laugh At My Calamities", "Bongo Nyah", "Who You Gonna Run To", "Sweet Sensation", and "Fattie Fattie". Other tracks on the album include "Only Yesterday" by Ken Parker, plus the tracks "Liquidator", "Reggae Fever", and "Mad Rooster" by Lloyd Willis & The Destroyers. PLUS, this 2CD set features a huge amount of added material – 43 more tracks that are all contemporaneous Joe Gibbs productions – work by The Reggae Boys, Destroyers, Soul Sisters, Johnny Moore & The Supersonics, Soul Mates, Hippy Boys, Stranger Cole, Niney, Ken Parker, Ernest Williams, Ansel Collins, and even more by The Inspirations.  © 1996-2022, Dusty Groove, Inc.