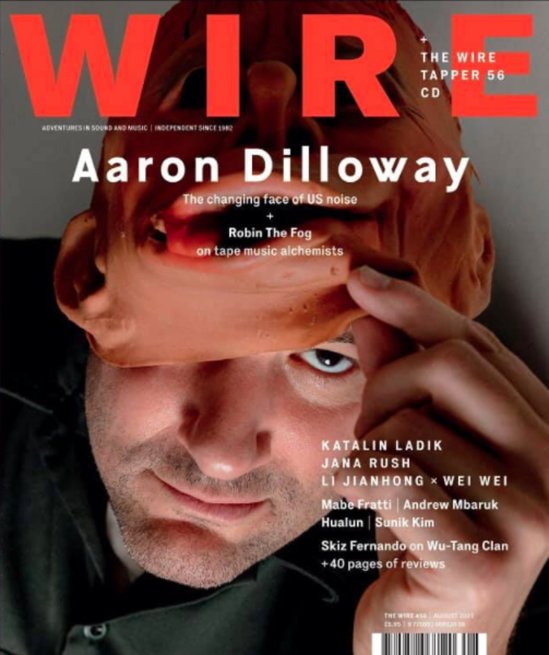 This issue looks at the work of noise artist and Wolf Eyes founder Aaron Dilloway – and also has Robin The Fog weighing in on tape alchemy in the computer age! There's also more on Chicago footwork artist Jana Rush, who's moving into jazzier territory, a look at the experimental music of Katalin Ladi, the music of Canadian MC Andrew Mbaruk, and Chinese rock group Hualun. There's also a feature with Wei Wei and Li Jianhong on the Invisible Jukebox – and plenty more pages of reviews that will keep your record collection happy! Plus, there's also a bonus CD – Wire Tapper 56, with cuts by Wolfskull, Tony Lugo, Masayoshi Fujita, Masabumi Kikuchi, Dave Clarkson, and others.  © 1996-2022, Dusty Groove, Inc.

Issue 454 – December 2021
Wire, 2022. New Copy
Magazine...$10.99
A great look at the cosmic sounds of Laraaji – the revolutionary musician of the 70s who's had a great rebirth in recent years! There's also two related features on the power of laughter and six albums for well-being – alongside articles on Japanese singer Jun Togawa, composer Olivia ... Magazine

Issue 339 – February 2022 (with bonus CD)
Mojo, 2022. New Copy
Magazine...$11.99
This issue's got a great cover interview with Neil Young – nice and long, with plenty of details – alongside other articles on soul singer Curtis Harding, 50 years of Deep Purple, and the clash between Johnny Rotten and the Sex Pistols! There's more too – features on Cat Power, ... Magazine