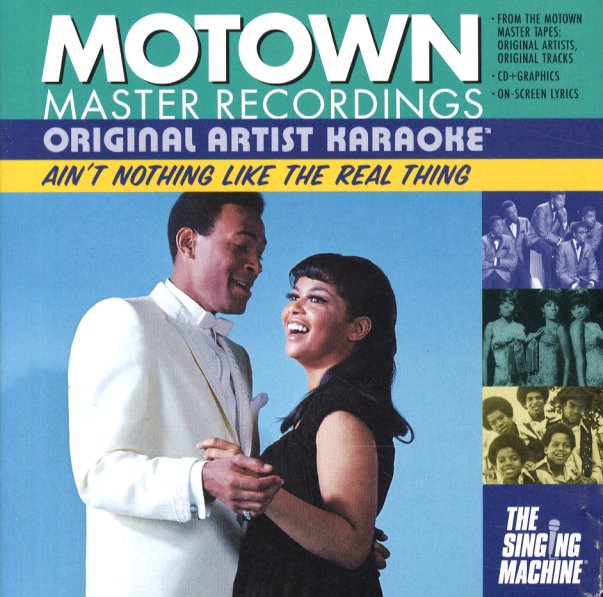 Motown Original Artist Karaoke – Ain't Nothing Like The Real Thing

Each track has two versions – one with original lead vocals, and one with background tracks only so you can sing along! Songs by Marvin Gaye, Diana Ross & The Supremes, Temptations, Jackson 5, Elgins, Velvelettes, and Smokey Robinson & The Miracles.  © 1996-2022, Dusty Groove, Inc.

Motown Chartbusters Vol 2
Motown/Spectrum (UK), Mid 60s. Used
CD...$2.99
16 classic Motown tracks, served up here in a special UK package – with cuts that include "You Can't Keep Running Away" and "If I Were A Carpenter" by The Four Tops, "You're My Everything" and "I Could Never Love Another" by The Temptations, "Gotta ... CD