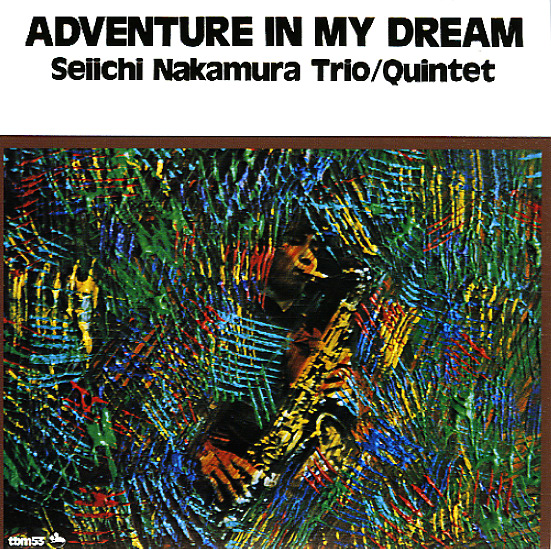 Adventure In My Dream

A great tenor saxophonist from the Japanese scene of the 70s – heard here in one of his hippest settings ever! Seiichi Nakamura really knows how to stretch things out, yet still keep things interesting – working here with a strong sense of rhythm that's really augmented by the use of guitar in the group alongside piano, bass, and drums – and instrument handled by Kiyoshi Sugimoto with these wide flares that roll along beautifully and give the rhythm a strong sense of color – while Nakamura blows these brilliantly bold lines over the top! Most tracks push past the ten minute mark, and more are very creative originals by Nakamura too – with titles that include "Himalayas", "Adventure In My Dream", and "Too Beauty".  © 1996-2021, Dusty Groove, Inc.
(Part of the Three Blind Mice Supreme Collection!)

Spanish Flower
Three Blind Mice/Craftman (Japan), 1977. New Copy
CD...$19.99 24.00
Richly layered sounds from this wonderfully sensitive group – an ensemble from 70s Japan who really seem to find the best sort of way to allow each individual a special role in the music, while still also moving forward strongly as a group! As with other albums by the combo, the ... CD

My Back Pages
Three Blind Mice/Craftman (Japan), 1977. New Copy
CD...$19.99 24.00
An overlooked gem from the Three Blind Mice catalog of the 70s – a date that's led by pianist Kunio Ohta, but which features some excellent reed work from Masamiki Takano too! The record's got that open, creative spirit that we love from the label's best work in the decade – almost as ... CD