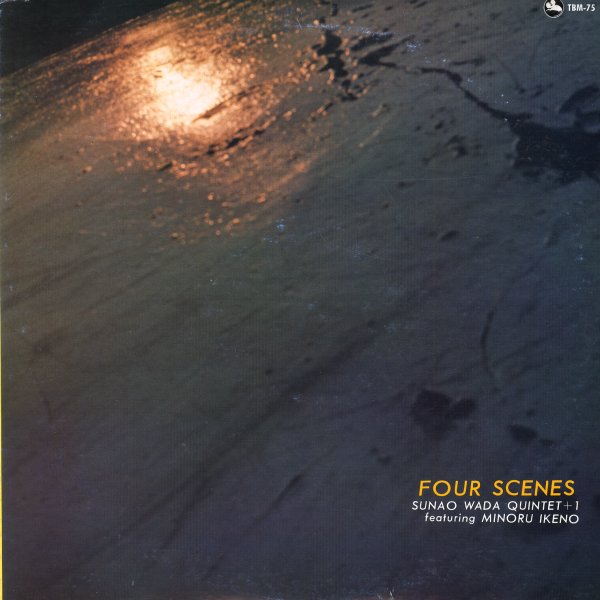 Guitarist Sunao Wada always has a way of giving us something special on record – and that's definitely the case this time around, as his core combo is joined by some great work from Minor Ikeno on alto and flute! But that guest performance is only part of the really unique sound of the record – as the group also has some vocal moments from percussionist Hitomi Ueda, who sings wordlessly, almost as an instrument – in a combo that also features Shizuo Nakayama on Fender Rhodes, Kazuaki Yamamoto on bass, and Joki Yamada on drums! The set features four long tracks, all originals by Sunao – and the record's got that really unique mixing of styles that you'll often find on a Three Blind Mice label release from the 70s – as the imprint was clearly trying for a new voice in Japanese jazz. Titles include "Sunset On The Street", "Jumping Dog", "Shimmer Of The Morning Sun", and "Ambushin The Blues".  © 1996-2022, Dusty Groove, Inc.
(Part of the Three Blind Mice Supreme Collection!)