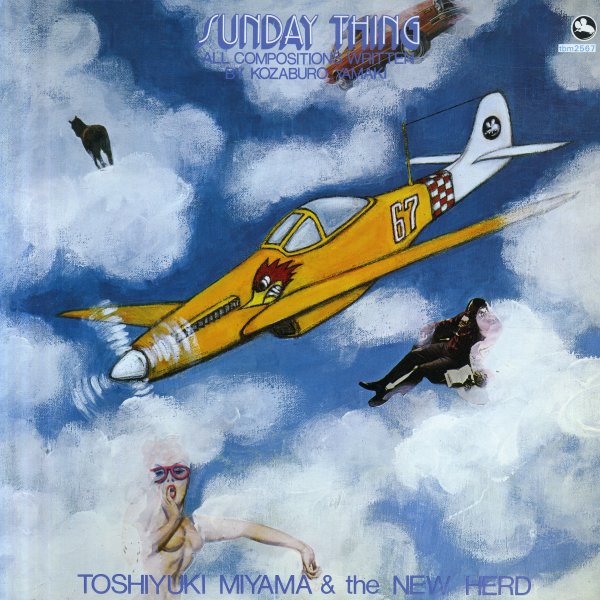 The New Herd of Toshiyuki Miyama was one of the greatest large ensembles in Japanese jazz during the 70s – and here, they've got an extra-special sort of sound, thanks to the presence of guitarist Kozaburo Yamaki – who not only solos on all tracks, but also wrote some great original material for the record! Yamaki's tunes have this rising sort of majesty that makes the Herd sound even more powerful than usual – some spiritual currents they don't always have, and which are underscored both by the guitar lines, and the way the rhythms build nicely on the longer tunes. Titles include "Sunday Thing", "Friends", "Plain Song", "Sweet Heart Blues", "Soft Rain", and "Memories".  © 1996-2022, Dusty Groove, Inc.
(Part of the Three Blind Mice Supreme Collection!)