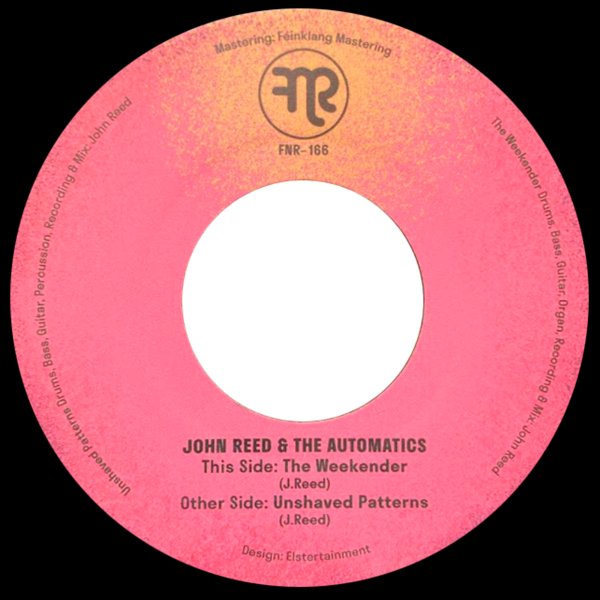 The drums are hard and funky right at the start of "Weekender" – then guitar riffs step in, organ lines swell up, and the whole thing feels like one of those rare funky gems from the KPM sound library! The flipside is "Unshaved" – nice and clean, with wicked guitar wangling all over these leaping funky drums – very cool, and even trippier as the thing moves on!  © 1996-2021, Dusty Groove, Inc.
(Limited to 300 copies.)