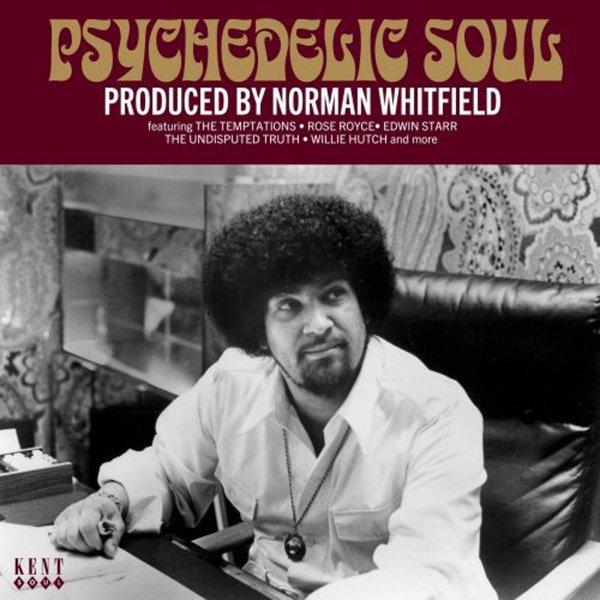 Fantastic sounds from one of our all-time favorite producers in soul music – the legendary Norman Whitfield, the man who helped some of Motown's artists pick up a new sort of righteous sound at the end of the 60s, before moving on to start his own Whitfield label in the 70s! If you don't know Norman, you definitely know his work – as he's the cat responsible for adding heavy basslines and fuzzy guitars to Detroit soul – picking up on some of the wider musical changes in the Motor City, and using them to push more message-oriented tracks into the scene! Yet Norman wasn't just a 60s powerhouse – as when the 70s approached, he found a way to expand and refine that sound, keeping it fresh in so many different ways – as you'll hear here in this really well-done collection of his best recordings, supported by very detailed notes as well. Tracks include "I Saw You When You Met Her" by The Undisputed Truth, "Ooh Boy" by Rose Royce, "And All Hell Broke Loose" by Willie Hutch, "I've Been Waitin (single version)" by Spyder Turner, "I Heard It Through The Grapevine" by Marvin Gaye, "Come With Me (single version)" by Rare Earth, "Just One Love" by Stargard, "Wishing On A Star" by Jr Walker, "Love Don't Live Here Anymore" by Rose Roce, "Love Is What You Make It" by Masterpiece, "Good Lovin" by Mammatapee, "Papa Was A Rolling Stone (single version)" by The Temptations, "War" by Edwin Starr, "It Should Have Been Me" by Yvonne Fair, "Me & Rock & Roll Are Here To Stay" by David Ruffin, and "Psychedelic Shack (single version with intro)" by The Temptations.  © 1996-2022, Dusty Groove, Inc.