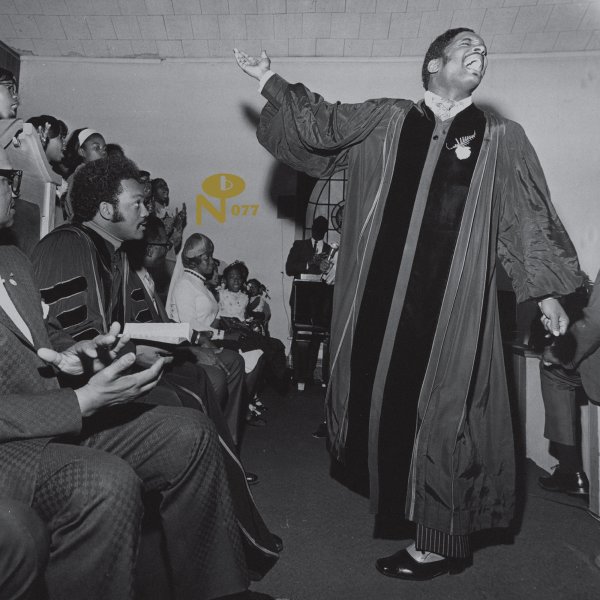 A tremendous package of work from this overlooked soul and gospel legend – four classic albums, plus other rare material too – all packaged with detailed notes in the wonderful Numero Group style! First up is Like A Ship Without A Sail – a gospel album from Pastor TL Barrett, but one that's gone on to legendary status among funk and soul collectors over the years! Barrett works here with his Youth For Christ Choir – a south side ensemble that's filled with genuine spirit and passion, aimed towards lofty ideals – but set up with some deep secular soul production touches and instrumentation that keep things razor sharp throughout! The album was supervised by Chess Records sax player and arranger Gene Barge – with other Chess players Richard Evans and Phil Upchurch on the sessions too – and the music is filled with raw drums, heavy bass, and lots of great organ lines! Next is Do Not Pass Me By Vol 1 – an album that's got a nice balance between intimate soul numbers and larger tracks that have the whole Mount Zion Baptist Church along for support! The set's definitely got the strongly soulful vibe of Barrett's Like A Ship album – a strong ear for the best secular elements of the time, which are used liberally in the instrumental backing – to really send home the message in the music! Most tunes really soft-pedal the religion, and instead go for an overall feel that really crosses over to regular soul music. Next is the great second volume of Do Not Pass Me By – like the first, the product of a wonderfully spiritual setting on Chicago's south side – music created in the church, but with all the same vibe as the hippest secular soul coming from the Windy City in the early 70s! The set does a great job of alternating strong lead singers with the rest of the group – a bit like Voices Of East Harlem, but with more of a larger ensemble feel – and there's some really wonderful moments on the record throughout – even a bit of funk amidst the more righteous soul-styled tunes. I Found The Answer is one of the biggest-circulating albums from this fantastic figure in Chicago gospel – a unique set done for the Gospel Truth subsidiary of Stax Records, but a set served up in the same blend of soul-based inspirations as some of TL Barrett's indie label releases back home in the Windy City! Plus, the package features a full album of Singles & Sermons – rare non-LP material by this seminal figure in both soul and spiritual music.  © 1996-2021, Dusty Groove, Inc.