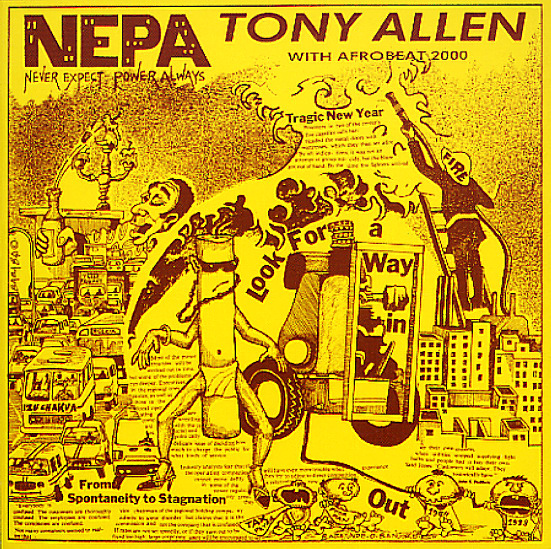 Landmark material from the legendary Nigerian percussionist! NEPA is a great little album from Tony Allen – recorded in the mid 80s, but with a chunky groove that's very much in the style of his 70s Afro Funk work! The title track is one of Allen's best cuts ever – a really anthemic tune with a punchy hook that's as infectious as it is political – and other tracks on the set are equally nice, touched with some slight electronic bits, giving them a cool Celluloid Electric Africa vibe! Titles include the long numbers "When One Road Close" and "NEPA (Never Expect Power Always)", in regular and dub versions – plus the great closing track "Olokun".  © 1996-2022, Dusty Groove, Inc.